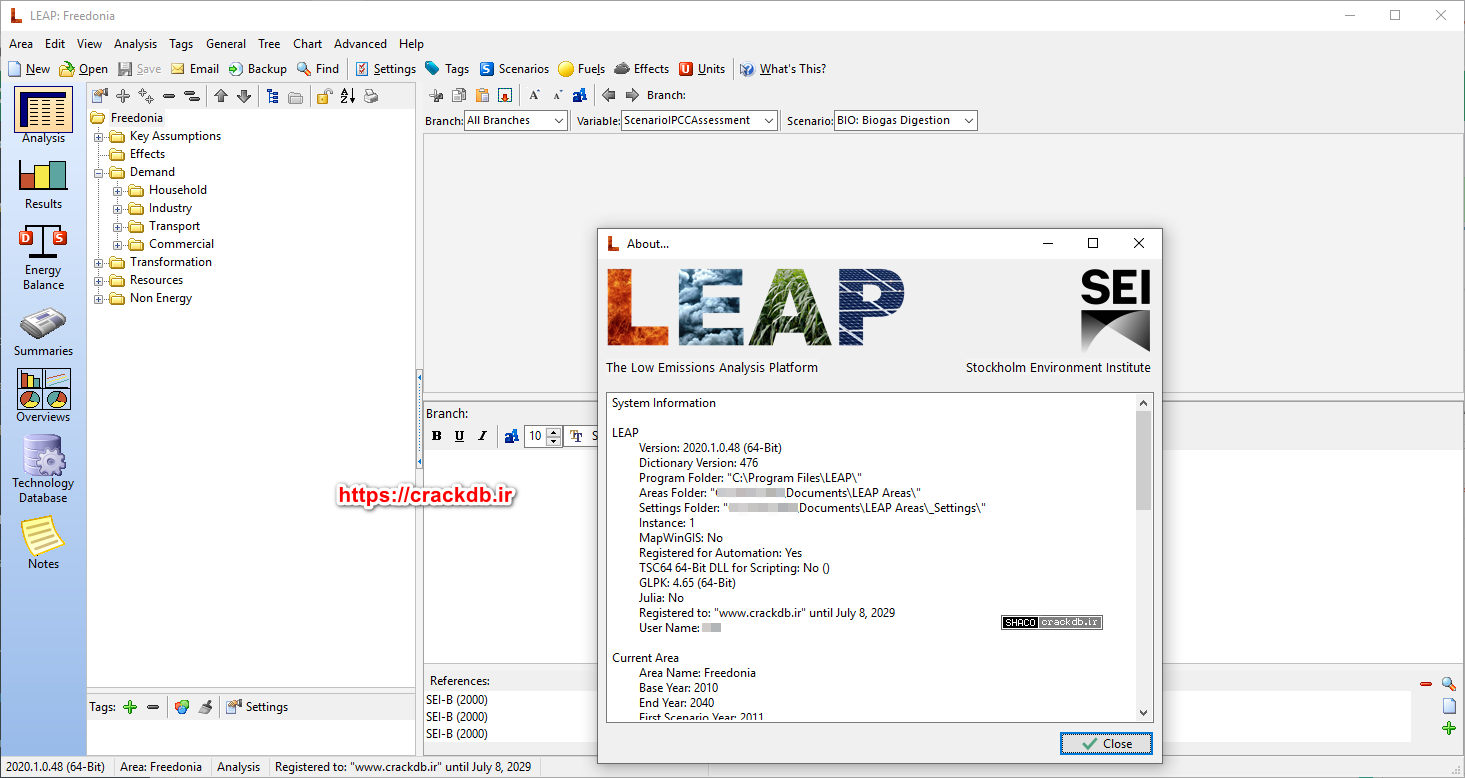 LEAP has been adopted by thousands of organizations in more than 190 countries worldwide. Its users include government agencies, academics, non-governmental organizations, consulting companies, and energy utilities. It has been used at many different scales ranging from cities and states to national, regional and global applications.

LEAP is fast becoming the de facto standard for countries undertaking integrated resource planning, greenhouse gas (GHG) mitigation assessments, and Low Emission Development Strategies (LEDS) especially in the developing world, and many countries have also chosen to use LEAP as part of their commitment to report to the U.N. Framework Convention on Climate Change (UNFCCC). At least 32 countries used LEAP to create energy and emissions scenarios that were the basis for their Intended Nationally Determined Contributions on Climate Change (INDCs): the foundation of the historic Paris climate agreement intended to demonstrate the intent of countries to begin decarbonizing their economies and invest in climate-resilience.

LEAP is an integrated, scenario-based modeling tool that can be used to track energy consumption, production and resource extraction in all sectors of an economy. It can be used to account for both energy sector and non-energy sector greenhouse gas (GHG) emission sources and sinks. In addition to tracking GHGs, LEAP can also be used to analyze emissions of local and regional air pollutants, and short-lived climate pollutants (SLCPs) making it well-suited to studies of the climate co-benefits of local air pollution reduction.

LEAP has developed a reputation among its users for presenting complex energy analysis concepts in a transparent and intuitive way. At the same time, LEAP is flexible enough for users with a wide range of expertise: from leading global experts who wish to design polices and demonstrate their benefits to decision makers to trainers who want to build capacity among young analysts who are embarking on the challenge of understanding the complexity of energy systems.

LEAP is not a model of a particular energy system, but rather a tool that can be used to create models of different energy systems, where each requires its own unique data structures. LEAP supports a wide range of different modeling methodologies: on the demand side these range from bottom-up, end-use accounting techniques to top-down macroeconomic modeling. LEAP also includes a range of optional specialized methodologies including stock-turnover modeling for areas such as transport planning. On the supply side, LEAP provides a range of accounting, simulation and optimization methodologies that are powerful enough for modeling electric sector generation and capacity expansion planning, and which are also sufficiently flexible and transparent to allow LEAP to easily incorporate data and results from other more specialized models.

LEAP’s modeling capabilities operate at two basic conceptual levels. At one level, LEAP's built-in calculations handle all of the "non controversial" energy, emissions and cost-benefit accounting calculations. At the second level, users enter spreadsheet-like expressions that can be used to specify time-varying data or to create a wide variety of sophisticated multi-variable models, thus enabling econometric and simulation approaches to be embedded within LEAP’s overall accounting framework. The newest versions of LEAP also support optimization modeling: allowing for the construction of least cost models of electric system capacity expansion and dispatch, potentially under various constraints such as limits of CO2 or local air pollution.

LEAP is intended as a medium- to long-term modeling tool. Most of its calculations occur on an annual time-step, and the time horizon can extend for an unlimited number of years. Studies typically include both a historical period known as the Current Accounts, in which the model is run to test its ability to replicate known statistical data, as well as multiple forward looking scenarios. Typically, most studies use a forecast period of between 20 and 50 years. Some results are calculated with a finer level of temporal detail. For example, for electric sector calculations the year can be split into different user-defined “time slices” to represent seasons, types of days or even representative times of the day. These slices can be used to examine how loads vary within the year and how electric power plants are dispatched differently in different seasons.

Buy This File
Is it helpfull?
Views:790
Suggested Release
Categories
Popular Post
** The time is base on America/New_York timezone